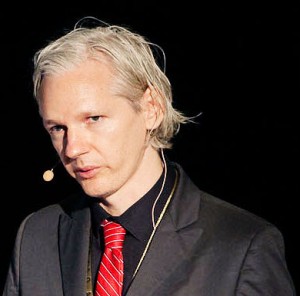 As reported at Dailycensored.com on  November 14, 2012, two sources have alleged that the CIA has been engaging in cocaine trafficking in Chile to fund an $88 million campaign to defeat President Rafael Correa in Ecuador’s upcoming presidential election: former British Diplomat Craig Murray, and Chilean journalist Patricio Mery Bell.

It is no secret that the US wants to see Correa defeated and the presidential election scheduled next month in Ecuador will see whether he is. He has enacted policies the US government considers adverse to US interests including closing the US military base in Ecuador. Moreover, it is likely the US sees the defeat of Correa as key to getting its hands on Julian Assange.

There is also the $19 billion judgment by an Ecuadorean court against Chevron for despoiling the Amazon rainforest. A group of the plaintiffs have recently begun initiating legal proceedings to seize Chevron’s assets in Canada, Brazil and Argentina.

Patricio Mery Bell is head of the Panorama news service in Chile. In October 2012, Bell arranged to meet with the Ecuadorian president while Correa was in Chile, to present evidence of CIA cocaine trafficking in Chile to fund Correa’s defeat.

On his way to meet with Correa, Patricio Bell was arrested and charged with assaulting a woman. His cell phone, which contained evidence to be presented to Correa, was confiscated and never returned.

Patricio Bell claims he was set up by the woman accusing him, and it has been reported that the she has ties to a CIA backed anti Castro groups in Miami. The charges against Bell are suspiciously similar to those against Assange, but the coincidences don’t end there.

Craig Murray is the other person who has disclosed allegations that the CIA was trafficking cocaine in Chile to fund the defeat of Correa in Ecuador. Murray had two independent sources, one in the UK the other in Washington.

Craig Murray is a former British ambassador to Uzbekistan who exposed torture, renditions and collusion between the CIA and British MI6. He was subsequently charged with extortion for sexual purposes and blackmailing people into sex in exchange for British visas. He did get his name cleared 18 months later.

The sex crime charges against Assange, Bell and Murray are part of a pattern of whistle blowers being charged with sex crimes which includes Iraqi weapons inspector Scott Ritter and Guantanamo Bay Chaplain James Yee.

As Craig Murray reported: after returning to the US, Iraqi weapons inspector Scott Ritter was entrapped in a computer sex sting set up by the FBI.  Not coincidentally, this occurred after Ritter publicly stated that there were no weapons of Mass destruction in Iraq.

Chaplain James Yee exposed mistreatment of inmates at Guantanamo Bay. After espionage charges were dropped against him, Yee was convicted of adultery and having pornography on a government computer, only to have those convictions later overturned.

Sexual entrapment has long been used in espionage to blackmail adversaries and recruit spies. Now it appears it is being used against whistleblowers. The fact that Britain used sex crime charges against Craig Murray heightens suspicions of collusion with the US to render Julian Assange.

For those skeptical that Britain, Sweden and the US are collaborating to render Assange, a story out of Djibouti should put to rest any doubts.  According to an article by the UK’s Independent (thanks to Truthout.org reader Arbed121), three Somali men were arrested in the African country of Djibouti last August and accused by US agents of supporting the Somali militia Al Sabah. A lawyer for the men claim the three were sojourning in Djibouti when they crossed paths with “friendly” undercover CIA and FBI agents.

The three were interrogated by US agents in Djibouti (a country which has a history of assisting the US with renditions) without being charged with any crime. After two months, they were secretly indicted in New York, taken into custody by the FBI and flown to the US to stand trial.

Two of the men were Swedish citizens, one a resident of Britain. Britain and Sweden had been monitoring the three for some time. The UK stripped the British man of his residency. Sweden has made no effort to defend their citizens. The Independent article reported Sweden has in fact cooperated with the US on a number of rendition cases (ibid).

The charges against Julian Assange must be viewed in context with the sex crime charges against Craig Murray, Patricio Bell, James Yee and Scott Ritter. Add the collaboration between Britain, Sweden and the US in the Djibouti renditions and we find even more evidence that these three countries may be colluding to render Assange.

At a speech from the Ecuadorian embassy in London, Craig Murray claimed Wikileaks revealed how governments had colluded in the rendition and torture of individuals across the globe.  And now some of these same governments appear to be colluding to render Assange.

From renditions in Africa to cocaine trafficking in South America, the US war on terror rolls on unceasingly as it targets and takes out adversaries across the globe. Many, such as the Djibouti three, have committed no offenses against the US. Chile, Britain, Sweden, and Djibouti reveal a chilling pattern of international governments acting unlawfully – presumably at the behest of the US military-industrial complex.

It is clear the US views Julian Assange as an ongoing threat to exposing its mischief across the globe. Vice President Joe Biden has even labeled him a high-tech terrorist. And now the US has in its sights the one leader who has stood up for Assange, Ecuador’s Rafael Correa, as the CIA has allegedly trafficked cocaine in Chile to fund a plot to get rid of him.

Apparently Correa now fears for his life, because he recently publicly stated there may be a CIA plan to assassinate him.

The facts of this tale bear a striking resemblance to what Orwell wrote about in his dystopic novel, 1984. We are in an unending state of perpetual war with an ill-defined and shifting enemy and the populace are under constant surveillance while individuals are labeled sex criminals and terrorists and then hunted down for offenses that often are little more than “thought crimes.”  They are then coerced into confessing their “crimes” after being subjected to techniques which include waterboarding, not unlike the practices described in Orwell’s notorious 1984, Room 101.

Newspeak and double think are now the order of the day. “Cocaine trafficking” is the “war on drugs”, “rendition is liberty”, “subverting elections” is “democracy” and “framing whistleblowers” is “justice”.

Danny Weil is a reporter for Truthout.com, Daily Censored.com, Project Censored.com and is the author of many books.  He has spent more than two years living in Latin America and one year working for the Sandinista government and the Ministry of Culture in 1985.  He is fluent in Spanish and has just returned from Ecuador.