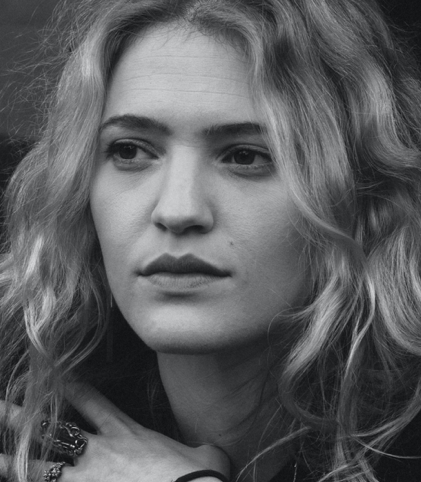 is a creative radical, journalist and filmmaker. Her reporting work has appeared on The Real News, Press TV, RT America, and Free Speech TV where she produced and hosted the weekly radical news show, Act Out! for five years. It was the second most watched program on the Free Speech network. Her print and photo work has appeared via Mint Press News, ROAR, Popular Resistance, Truthdig and more, including several outlets in Sweden. She is the one of the 2020 recipients of the “Women and Media Award” presented by The Women's Institute for Freedom of the Press. She is currently a board member of the Media Freedom Foundation, the organization behind Project Censored. Her first documentary, Hard Road of Hope covers past and present radicalism in the resource colony known as West Virginia. The film has garnered international praise, including a Best Feature Length Documentary award, and Best Woman Filmmaker Award, and has Official Selection laurels in 12 film festivals including Cannes Independent. Her first book, a compilation of spoken word poetry, Paradigm Lost, was released in 2016 and received critical acclaim for the combination of radical poetry and radical visual art. Currently, Eleanor is the co-host of the podcast Common Censored along with Lee Camp as well as the Project Censored radio show with Mickey Huff. Her work as a community organizer is based on mutual aid principles and direct action. As an artist, her work typically combines live music, spoken word and projected visuals. Besides touring, performing and media work, she also assists in frontline action organizing and activist trainings.