This September marks the 40th anniversary of Banned Books Week, an annual celebration of the right to read. Book challenges and bans are at an all-time high. During the week of September 18-24, events across the United States will take place, organized around the theme “Books Unite Us–Censorship Divides Us.” Project Censored is a longtime supporter and proud cosponsor of Banned Books Week. On September 15, Project director Mickey Huff moderated a Constitution Day panel at Diablo Valley College on academic freedom, cancel culture, and the recent surge in book challenges and bans across the United States. The panel featured Nico Perrino of the Foundation for Individual Rights and Expression (FIRE), Betsy Gomez of the Banned Books Week Coalition, and Nolan Higdon, coauthor with Huff of Let’s Agree to Disagree: A Critical Thinking Guide to Communication, Conflict Management, and Critical Media Literacy.

Finally, Mickey penned an op-ed “Banned in the USA” calling for unequivocal condemnation of censorship and attacks on academic freedom, urging people to read more banned and challenged books and encourage others to do the same.

Thanks and Best Wishes to Our Magnificent Summer Interns

As the calendar turns to September and the school year resumes, we say goodbye and thank you to the Project’s Summer 2022 interns, Kate Horgan, Annie Koruga, Sam Peacock, and Lauren Reduzzi.

During the past months they helped to create an international database of English-language newspapers, contributed research to the Project’s forthcoming yearbook, created striking visuals and crisp copy for our social media outreach (which you may have seen on our Instagram or Facebook pages), and conducted ongoing research on news coverage of community gun violence–to note just some of the highlights from their outstanding contributions to the Project’s work.

We’ll miss Kate, Annie, Sam, and Lauren, even as we wish each of them all the best in their continued studies.

Project Censored on Censorship and Surveillance at Word Up Bookshop 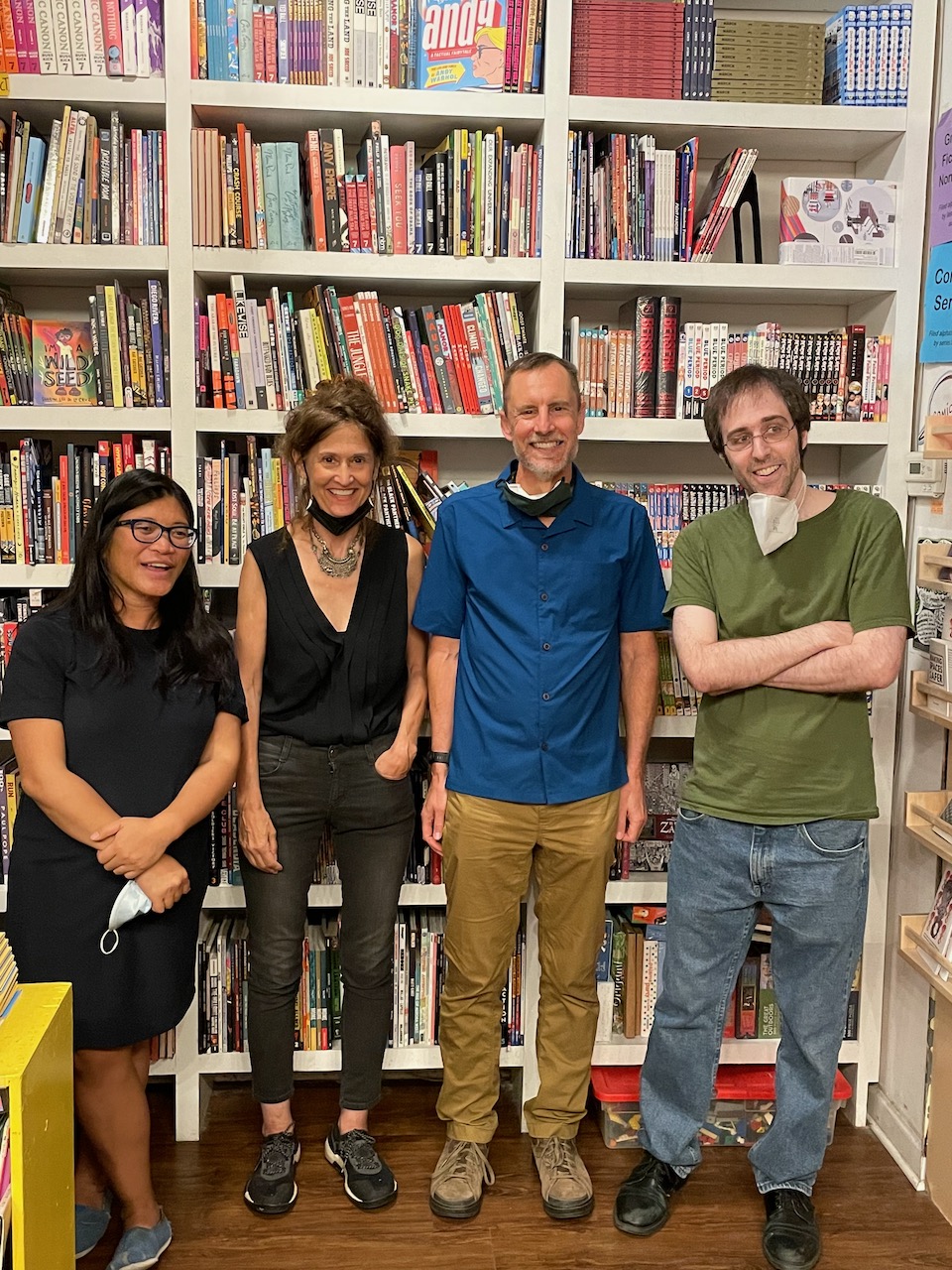 On August 27, Heidi Boghosian and Andy Lee Roth spoke on censorship and surveillance at Word Up Community Bookshop/Librería Comunitaria, in Washington Heights, New York. Veronica Santiago Liu, the former editor of the Censored yearbook series, who helped found Word Up, moderated the conversation. Boghosian, Roth, and Liu discussed how censorship and surveillance intertwine to limit public debate, fuel intolerance, and amplify pressures to conform, while emphasizing that none of these counter-democratic outcomes is inevitable. By organizing together, first to inform themselves and then to act, communities can effectively resist censorship and surveillance. Among those in attendance was Michael Tencer, editor of the Censored yearbook series from 2018-2021 and a dear friend of the Project.

For those interested in a taste of the event, Mickey Huff’s interview with Boghosian and Roth for the Project Censored Show is archived on the Project’s radio webpage.

Dispatches: Project Censored in the News

The Project’s Dispatches series continues to provide timely insights and perspectives on current media topics. In the past month, it has featured Kathleen Minelli and Steve Macek’s report on how Corporate Media Has Failed to Report Accurately on the Threats to Women’s Reproductive Rights, Nolan Higdon’s analysis of The Alex Jones Playbook, and Andy Lee Roth’s account of two somber anniversaries in journalism, The Deadly Business of Reporting Truth.

In addition to the Project’s regular Dispatches, the corporate news media have also published two recent articles by Project Censored authors. On August 25, the USA Today published Allison Butler and Nolan Higdon’s Strangers Are Spying on Your Child. And Schools Are Paying Them to Do It; and, on September 2, the San Francisco Chronicle published Nolan Higdon’s op/ed, Zuckerberg Interview With Joe Rogan Was a PR Stunt.

The Project Censored Show has produced episodes on Trader Joe’s employees’ unionizing efforts, featuring Sarah Beth Ryther (an episode that is also available on the Project’s YouTube channel here); and Clayton Weimers of Reporters Without Borders on The Confluence of Surveillance and Censorship and Violence Against Journalists, an episode which also includes Heidi Boghosian, author of “I Have Nothing to Hide”: And 20 Other Myths About Surveillance and Privacy, and Project Censored’s Andy Lee Roth.

Additional shows included discussions featuring Eleanor Goldfield, Samantha Blanchard, and India Walton on Music, The Clash Between Capitalism and Art, and Solutions to the Student Loan Debt Crises; and Kevin Gosztola, author of the forthcoming book Guilty of Journalism, and Rebecca Vincent of Reporters Without Borders, on the  Whistleblower Summit and Film Festival and an update on Julian Assange.

You can help Project Censored spread the word about news censorship and the importance of independent journalism by subscribing to the Project’s YouTube channel here!

Looking to the Future…

The 3rd annual Critical Media Literacy Conference of the Americas (CMLCA) will take place from October 21-23 in Oakland, California. Conference sessions and panels are free and open to the public for registered participants. The conference 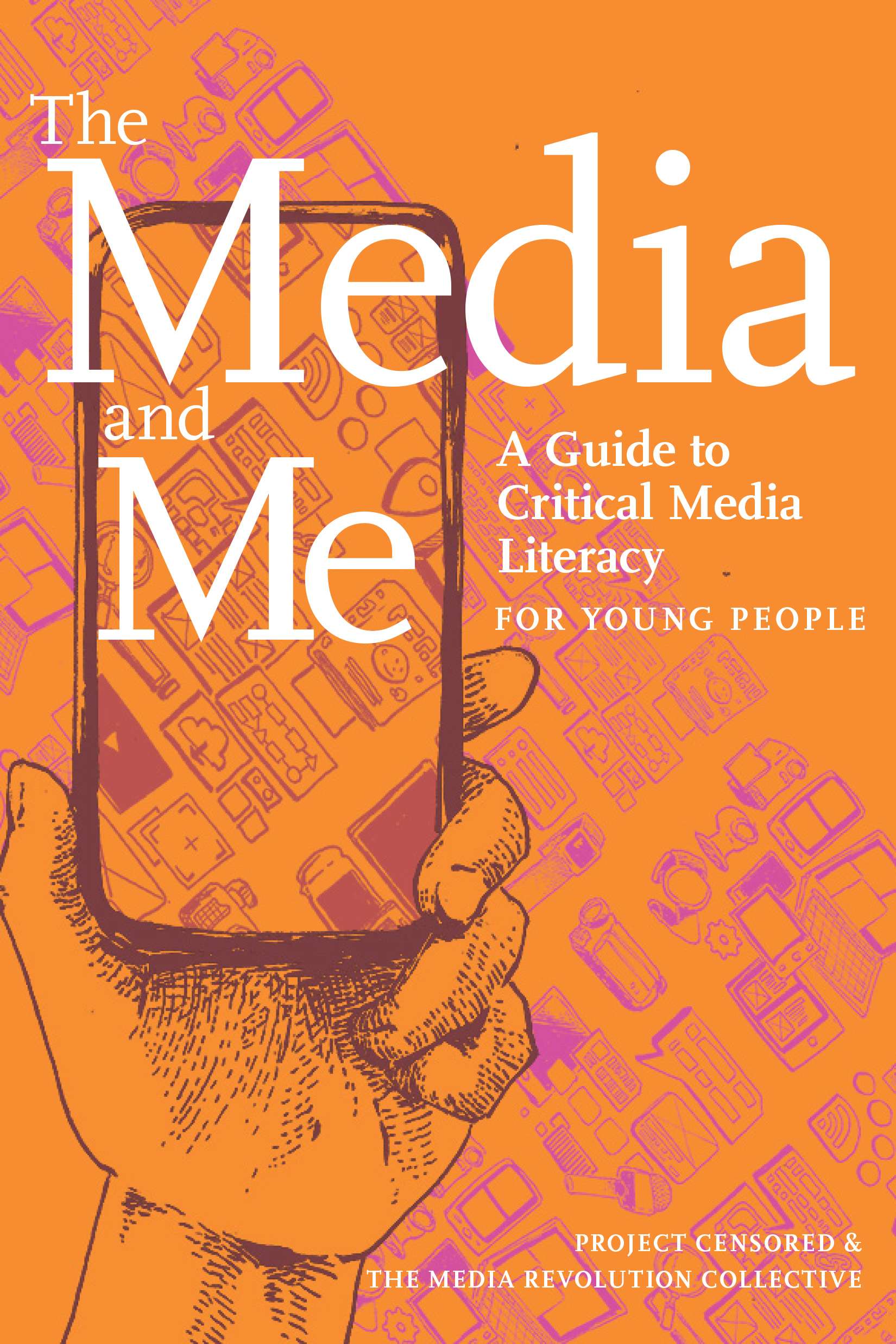 program is available here and you can register to attend at this link.

We couldn’t be more excited about the upcoming release of The Media and Me: A Guide to Critical Media Literacy for Young People, the second title jointly published by The Censored Press in partnership with Seven Stories Press.

We aren’t the only ones who are enthusiastic about the book. Here is some advance praise for The Media and Me:

“We have needed a book like this for a long time! The Media and Me is an exciting invitation to think critically about the media that surround us. It makes a powerful call for action, to change our media system. This is a book that everybody should read.”

“Project Censored’s decades-long efforts to promote critical media literacy are finally extending to even younger audiences—needed now more than ever!”

“The Media and Me is essential to help young adults think more critically and question the very media they use every day.”

“The Media and Me challenges educators and students to think differently about the media they encounter and consume. Texts like this one are crucial in a world that is awash in messages that we are otherwise left to navigate without so much as a lifejacket.”

The Media and Me is due in October and available for pre-order now.