Project Censored at the Global Media Forum in Germany 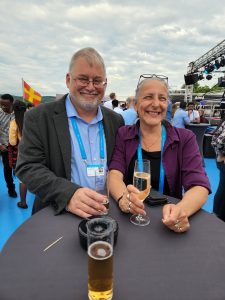 Sponsored by Germany’s publicly-owned international broadcasting service, Deutsche Welle, the conference was attended by more than 2,000 reporters, activists, and academics who spent two days examining the state of journalism worldwide and debating topics that included what to do about fake news, the media’s coverage of Africa, repression of journalists around the globe, and the challenges of reporting during wartime. The highlight of the conference was a keynote address by Filipino journalist and 2021 Nobel Peace Prize winner Maria Ressa, founder of the investigative news website Rappler, which is known for its uncompromising reporting on government corruption in the Philippines. 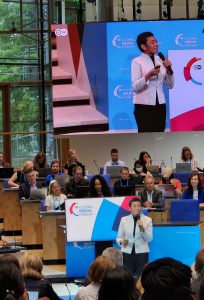 Macek discussed the work of Project Censored as part of a well-attended panel on “Agenda Cutting” sponsored by the Project’s German sister organization, the News Enlightenment Initiative. Also on the panel were Belorussian journalist and journalism professor Katja Artsiomenka, Munich University researcher Yosuke Buchmeier, and Deutsche Welle’s Head of News, Max Hofmann. The Initiative’s Dr. Hektor Haarkötter, a professor of communication at the Hochschule Bonn-Rhein-Sieg, moderated.

The conference was not all business, however. At the conclusion of the final day’s programming, attendees got to take a dinner cruise on the Rhine, complete with a live band, dancing, and an unlimited supply of the local beer.

While in Germany, Macek made connections with a number of researchers affiliated with the News Enlightenment Initiative, including longtime Project Censored judge Peter Ludes. Project Censored and the Initiative are now planning to collaborate on a number of new joint ventures, including, possibly, developing an annual list of the top ten underreported news stories internationally.

Dispatches from Project Censored: On Media and Politics

The Project is pleased to announce its new bi-weekly column, which launched earlier this month. Every two weeks one of 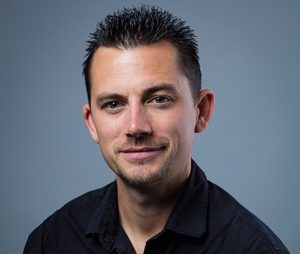 Project Censored’s experts will offer cogent analysis of the latest media industry news, the state of the free press, and the intersection of media and politics. With this new endeavor, Project Censored aims to amplify critical voices that are too often ignored by the corporate media. Each column is available for media outlets throughout the world to run free of charge.

First up was “From Fake News to Junk News: Gabriela Miranda is the Symptom, Not the Problem,” in which Nolan Higdon turned a critical eye on the latest case of journalistic malpractice to rock the media world with documented cases of literal fake news published by USA Today. Higdon and Project Director Mickey Huff followed up with commentary on the recent overturning of Roe v. Wade by the Supreme Court. In “Did Dobbs Help the Left Rediscover How Political Change is Made?” they noted how pressure from progressives led to a Biden executive order on the issue, illustrating that abortion rights might have been protected if they were not taken for granted by party leaders.

With the launch of “Dispatches from Project Censored,” readers can expect a biweekly dose of the thoughtful criticism and hard-hitting analysis that the Project has delivered for almost fifty years. The columns are freely syndicated and have been republished by Salon, Counterpunch, ScheerPost, and many other outlets. Special thanks to our publicist Lorna Garano for all her promotion of the Project’s work.

10th Anniversary of the Whistleblower Summit and Film Festival in Washington, D.C.

On Tuesday, July 26, at 9am Pacific time, Project Censored’s Mickey Huff and Andy Lee Roth engage Kevin Gosztola, managing editor at Shadowproof, and Rebecca Vincent, Reporters Without Borders, in conversation about the extradition case of Julian Assange and Gosztola’s forthcoming book, Guilty of Journalism: The Political Case Against Julian Assange (The Censored Press with Seven Stories Press, February 2023). Specifically, this video panel at the 10th annual Whistleblower Summit and Film Festival in Washington, D.C., addresses the impact of Assange’s case on whistleblowers and journalism more broadly, noting the extraordinary chilling effect that will hamper an already tepid, so-called free press. Protecting whistleblowers and organizations such as WikiLeaks is essential for journalists to expose corruption and inform the public in ways that lead to meaningful civic engagement. This past month, legendary theologian and philosopher John Cobb discussed the Living Earth Movement, and explained why we need international political cooperation, rather than confrontations, for humanity to change its behavior and create harmony with all other life on the planet. Author Adam Bessie and illustrator Peter Glanting joined Mickey to explore themes from their forthcoming graphic book, Going Remote: A Teacher’s Journey, which addresses the far-reaching consequences of replacing classroom teaching with remote instruction and increased technology during the coronavirus pandemic.

Co-host Eleanor Goldfield discussed Pride Month with award-winning journalist and organizer, Jen Deerinwater, a bisexual, Two Spirit, multiply-disabled citizen of the Cherokee Nation of Oklahoma. Their conversation addressed the radical roots of Pride celebrations, misconceptions about them, and the increasing corporatization of them.

In another program, Goldfield addressed the colonialist and racist realities of the so-called conservation movement as well as other human rights and climate justice matters. She was joined by Fiore Longo of Survival International, and Jimmy Dunson, co-founder of Mutual Aid Disaster Relief. They also critiqued the notion of “green capitalism” and highlighted the importance of community preparedness for extreme weather driven by climate chaos. Whistleblowers were a major theme on several shows.

Tom Devine, legal director at the Government Accountability Project, joined the program to discuss whistleblowers’ contributions to society, the retaliation they often endure, and the legal protections they need. Devine was joined by Frank Serpico, a legend for his role in exposing police corruption, as well as Rick Parks, a whistleblower on the 1979 Three Mile Island meltdown, and Robert MacLean, who was fired from the Transportation Security Administration after criticizing dangerous shortcomings in post-9/11 airline security procedures. Mickey also got an update on the Julian Assange case from Kevin Gosztola and looked at the fallout from the Supreme Court’s overturning of Roe v. Wade, and other media matters with Nolan Higdon.