The Project is pleased to introduce our four student interns for Summer 2022. We received a remarkably strong pool of applications in response to the Project’s first time offering formal internship positions. The 2022 Summer interns will assist in the completion of the forthcoming yearbook, State of the Free Press 2023, while also putting their skills to use on behalf of the Project’s weekly radio program, video production and social media outreach, and news research. 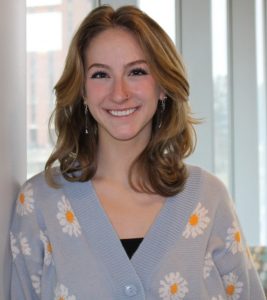 Kate Horgan: I am a junior Communication and Psychology major with a Women, Gender, and Sexuality Studies minor and a certificate in Media Literacy at the University of Massachusetts Amherst. I am the General Manager and former News Operator at the university’s student run radio station, WMUA 91.1 FM where I oversee the day-to-today operations and various departments within the organization. As an activist, I am an avid advocate for LGBTQIA+ and women’s rights. Outside of academics, I love to spend my time crafting, exploring the outdoors, and spending time with friends. 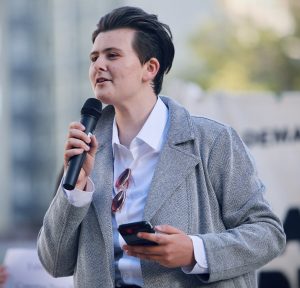 Annie Koruga (they/them): I’m a political science student with aspirations to practice constitutional law and run for public office. I’m also a political organizer, serving in various capacities in student government, the Democratic Party, issue-based organizations, and electoral campaigns. I enjoy uncovering the truth through investigation and analysis, since supporting evidence-based policy tends to mean supporting efficacious policy. Knowledge is power, and we must understand the actions of the wealthy, well-connected, and powerful before we can successfully begin to hold them to account. 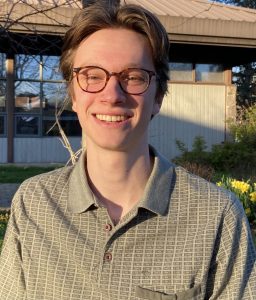 Sam Peacock is a student in his fourth year at the University of Guelph, majoring in English Literature and minoring in Media and Cinema Studies. He is passionate about literature, especially the power of fiction and narrative to affect change and be wielded as a tool for progress in the real world. In his free time he loves to watch movies, cheer on Toronto sports teams, and hang out with his cat, Pat. 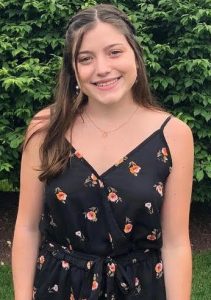 Lauren Reduzzi is currently a senior at Drew University studying English and Sociology. She was previously published in The Drew Acorn, where she works as the news editor. When she isn’t working in the Drew library, Lauren enjoys traveling and spending time in nature.

We look forward to working with Kate Horgan, Annie Koruga, Sam Peacock, and Lauren Reduzzi this summer. Watch this space for updates on their activities.

Project Censored’s newest yearbook, State of the Free Press 2023, will be published in December 2022 by The Censored Press in partnership with Seven Stories Press. The Déjà Vu News chapter is one of the book’s highlights. This year’s Déjà Vu News chapter focuses on corporate threats to basic human needs, including eating and drinking, birthing and breastfeeding. As the chapter’s introduction states, a look back at past Top 25 stories demonstrates how “corporate power has encroached on each and every one of these vital life processes… and the corporate news media has largely failed to inform the public about this alarming state of affairs.” The forthcoming Déjà Vu News chapter reviews and updates: These five stories were researched and updated by Mack Parlatore, a 2022 graduate from North Central College who will be studying law at the University of California Berkeley this fall; Shealeigh Voitl, a 2021 NCC alum, who co-authored last year’s Déjà Vu chapter and is currently the Project’s Research Associate; Analisa Chudzik, a graduating senior at North Central College, who co-edited the Top 25 chapter in State of the Free Press 2022; and Steve Macek, professor of communication at North Central College and a frequent contributor to Project Censored’s annual books.

Project Censored in the News

Project Censored’s Nolan Higdon—a lecturer in History and Media Studies at Cal State East Bay, and the author of The Anatomy of Fake News and coauthor (with  Mickey Huff) of the recently published Let’s Agree to Disagree—has published two timely articles at The Conversation, an independent news site that promotes “the vital role” played by scholarly experts in the public arena.

In late April, Higdon published an article on Elon Musk and the oligarchs of the Second Gilded Age, which analyzes the current trend of US billionaires acquiring news outlets and media platforms. Against the grain of the flurry of commentary on Musk’s acquisition of Twitter, which focused on how Musk can now act as a gatekeeper, Higdon describes how control of the popular social media platform will allow Musk to track and surveil users, “collecting lucrative data that can be used to predict or nudge their behavior.”

And, in early May, The Conversation published Higdon’s analysis of the collapse of CNN+, the cable giant’s streaming service. The demise of CNN+, Higdon writes, reveals how the legacy media’s shrinking audience size has “more to do with their style of reporting and their misguided assumptions about what viewers want than the medium itself.” If CNN and other legacy media outlets want to remain viable, Higdon argues, “it’s the content, not the medium, that needs to change.”

Project director Mickey Huff was also featured in a number of interviews about Let’s Agree to Disagree, including on the program Mobilized at Free Speech TV, Andrew Keen’s Keen On podcast featured at LitHub, and with Nolan Higdon on Tell Me Everything with John Fugelsang, among others.

Valena Beety, author of the forthcoming book Manifesting Justice, and veteran investigative journalist Geoff Davidian featured in a segment on the prevalence of wrongful criminal convictions, and cohost Eleanor Goldfield spoke with Dr. Margaret Flowers about prospects for universal health care in the US (April 25, 2022).

In May, the Project Censored Show rebroadcast a panel discussion on book bans, featuring Maia Kobabe, author of Gender Queer: A Memoir, and Noah Grigni, illustrator of It Feels Good to Be Yourself, and two local student activists, a discussion sponsored by the Sonoma County Public Library and moderated by Project Censored’s Mickey Huff (May 6, 2022).

In the most recent program as this update goes to press, Mickey spoke with Alan MacLeod, senior writer for MintPress News, about PayPal’s sudden cutoff of services to MintPress News, Consortium News, and other journalism sites that publish antiwar opinions and analysis; this episode also featured Project Censored’s Steve Macek and Shealeigh Voitl discussing their recent Ms. Magazine article on corporate media’s failures in coverage of women’s issues, especially gender violence and inequity, as well as the Supreme Court’s leaked draft opinion that would reverse Roe v. Wade, giving states wide latitude to criminalize abortion (May 9, 2022).

Support from monthly subscribers and generous donors helps to fund all of the accomplishments highlighted in this month’s newsletter. From hands-on training in critical media literacy through the Project’s summer internship program, to the publication of the annual Censored yearbook, and the weekly production of the Project Censored Radio Show, your financial support helps the Project to expose and oppose censorship in all its guises, while promoting independent journalism and critical media literacy. We thank you for your support.

As long as you are a member, we’ll send you a signed version of each edition of State of the Free Press (which includes our annual listing of the year’s 25 most important but underreported news stories). You can also make a one-time, tax deductible donation here.