In-Person Events with Chris Hedges and the Mt. Diablo Peace and Justice Center 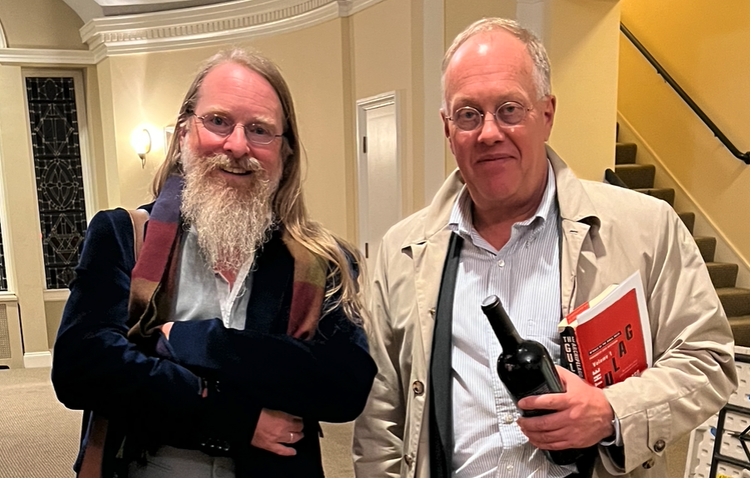 On September 26, Project Censored director Mickey Huff hosted Pulitzer Prize-winning journalist Chris Hedges at an event in Berkeley. Sponsored by KPFA, the conversation between Hedges and Huff focused on the topic of Hedges’ most recent book, The Greatest Evil is War (Seven Stories, 2022). Huff noted, “It was wonderful to be back in-person with the buzz of a huge hall with nearly 200 people, all there for the evening’s talk and esteemed guest. It was Berkeley as I remember it.”

Later the same week, Huff and Nolan Higdon visited the Mt. Diablo Peace and Justice Center in Walnut Creek, CA, to discuss their book, Let’s Agree To Disagree. “After such a long hiatus, seeing so many of the Project’s longtime friends and supporters at the Peace Center was a really good time,” Higdon reported. 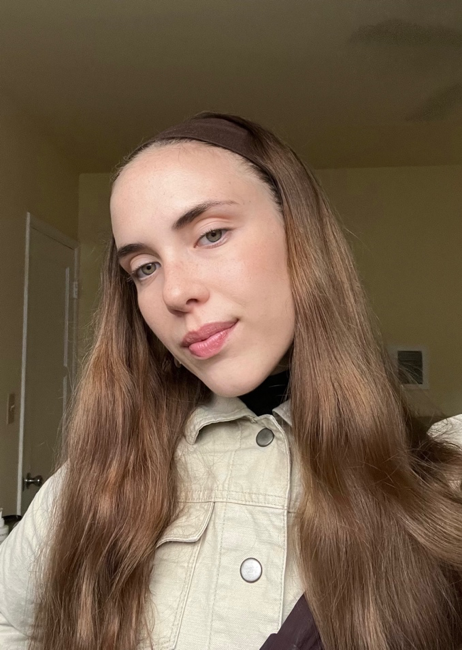 The Project is pleased to announce that Reagan Haynie will be serving as its Fall 2022 student intern. A senior at Loyola Marymount University studying Communications with a focus on Media Studies, Reagan is passionate about freedom of expression and anti-imperialist reporting. She has already helped with proofreading of Kevin Gosztola’s forthcoming book, Guilty of Journalism (Censored Press, 2023) and is currently researching Validated Independent News stories for the next Top 25 story cycle. She’ll also be attending the Critical Media Literacy Conference of the Americas in Oakland.

Eleanor Goldfield presented a program on Protests in Iran and the Battle Against Imperialism, featuring Iranian American scholar Leila Zand. In a previous episode, Eleanor hosted Mitch Troutman, author of The Bootleg Coal Rebellion, and Jamie Kneen of MiningWatch Canada for an episode on The Past and Present of Mining.

Mickey Huff hosted Chris Hedges and historian Peter Kuznick in a discussion on The Many Costs of War and the Legacy of Mikhail Gorbachev.

Stay tuned for a special program on critical media literacy with Allison Butler of Mass Media Lit and Nolan Higdon, both of whom contributed to The Media and Me.

Publication of The Media and Me Postponed, but Critical Media Literacy Rolls On 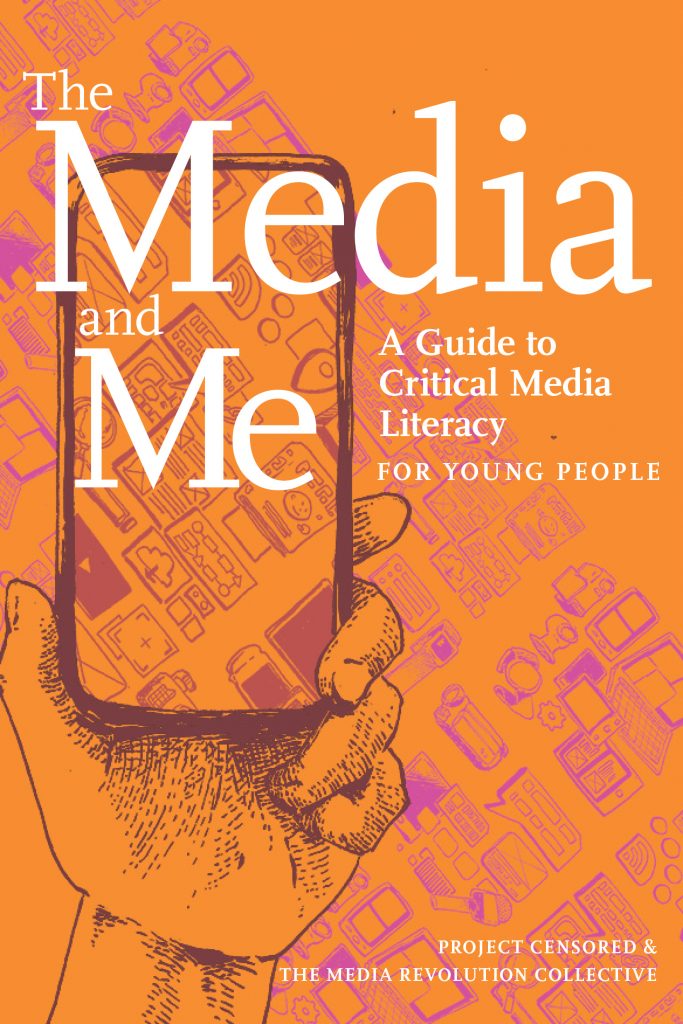 The publication date for The Media and Me: A Guide to Critical Media Literacy for Young People has been postponed until December 6, 2022, due to shortages in the paper supply chain.

Meanwhile, we continue to receive advance praise for the book. Kirkus Reviews recently noted that, “The moment ‘post-truth’ entered the dictionary, the need for a book like [The Media and Me] became clear.”

Want to ensure you get a copy of The Media and Me as soon as it becomes available? You can still pre-order copies directly from Project Censored.

Although the book’s publication date is delayed, the Project continues to champion critical media literacy. Read on for the latest in the Dispatches series. The Project’s bi-weekly Dispatches series continues to address current issues in media and politics. Recent articles include Nolan Higdon and Allison Butler’s Entering the Resistance Phase of the Surveillance Education Cycle, about how to protect student privacy in schools, and Higdon’s The Military Industrial Complex Wants You to Be More Media (l)literate!, which exposes efforts by NATO-affiliated educators to assimilate and subvert media literacy education.

Plenary presentations will be telecast live via Zoom. For example, on Friday you can stream the session on “Media Literacy Looks Up: Breaking Climate Silence in Media Literacy Education.” Saturday’s program features at least two Zoom-cast sessions, including a panel on “Censorship, Digital Media, and the Global Crackdown on Freedom of Expression” and a Project Censored roundtable featuring Mnar Adley, Maximillian Alvarez, Robin Andersen, and Eduardo Garcia, moderated by Mickey Huff.

For those of you who will be in the East Bay, there’s still time to register to attend the conference in person.