The Summer of 2022 seems to have flown past and a new school year is already imminent. We at Project Censored couldn’t be more excited, because the start of the Fall school term will coincide with the publication of The Media and Me, the Project’s guide to critical media literacy for young people (and everyone else who cares about the links between freedom of information, freedom of expression, democracy, and human rights). 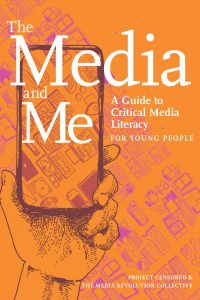 The Media and Me is already receiving rave reviews, such as this one from author Henry Giroux: “Media have taken on an enormous power today in educating young people, often in ways that are repressive while limiting their ability to be critically engaged cultural producers. The Media and Me is an engaging and invaluable resource for writing young people back into the script of empowerment and democracy. It should be read by everyone who believes they have a future that does not repeat the tyranny of the present.”

The Media and Me will be published on October 25th, but you can pre-order a copy from Project Censored today.

In the meantime, we invite teachers, students, and others with hungry minds to check out some of the educational materials available at no charge from the Project Censored website, including:

The “Classroom” page of the Project website also features additional resources and testimonials from teachers and students. The Project also helped create and continues to support the Global Critical Media Literacy Project’s Educator’s Resource Guide, a compilation of classroom-tested lessons and exercises available at no charge from the GCMLP website.

Kevin Gosztola and Project Censored on Assange, WikiLeaks, and Whistleblowers 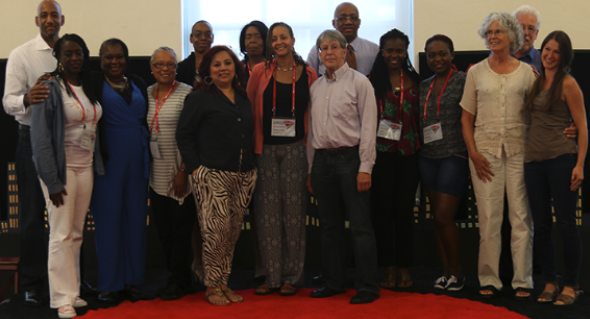 On July 26th, Project Censored hosted a panel on Julian Assange and WikiLeaks, featuring Kevin Gosztola of Shadowproof and Rebecca Vincentof Reporters Without Borders. The panel, which took place remotely via Zoom, was part of the 10th annual Whistleblower Summit and Film Festival, held in Washington, D.C., July 25-31. Project Censored’s Mickey Huff and Andy Lee Roth joined Gosztola and Vincent in discussion about the UK and US governments’ cases against Assange, what’s at stake for journalists and citizens if the US successfully prosecutes Assange, and the challenges Gosztola, an independent journalist, and Vincent, who has led RSF’s campaign on behalf of Assange, have faced in following Assange’s case.

The Censored Press and Seven Stories Press will publish Gosztola’s forthcoming book, Guilty of Journalism: The Political Prosecution of Julian Assange, in February 2023.

The 2022 Whistleblower Summit and Film Festival also included a screening of Project Censored’s most recent feature-length film, United States of Distraction: Fighting the Fake News Invasion (2020), shot and produced by Project Censored students, with editing and narration by Abby Martin. The film was screened on National Whistleblower Appreciation Day as part of the Summit’s Hollywood Pitch Lab workshops.

Project Censored’s Dispatches in the News

In July, Project Censored launched Dispatches from Project Censored: On Media and Politics, a bi-weekly column providing timely analysis of the latest media industry news, the state of the free press, and the intersection of media and politics. Topics addressed so far include analyses of the latest congressional legislation aimed at funding media literacy education; why the return of Chris Cuomo, a former CNN program host, ought to be met with skepticism; and what the scandal involving USA Today’s Gabriela Mirandacan tell us about corporate news. You can keep tabs on the latest Dispatches from Project Censored here.

In addition to the launch of the Dispatches series, in July Project Censored also published The Case Against NewsGuard, by Nolan Higdon and Susan Maret.

This past month, Eleanor Goldfield hosted attorney Mark Loudon-Brownwho discussed the implications of a recent Supreme Court decision that narrowed 6th Amendment rights such that a person convicted of a crime cannot cite ineffective legal representation in state court as grounds for appeal to the federal courts. Eleanor also analyzed recent efforts by the two major US political parties to restrict third-party representation on the ballot and constrain grassroots activism. Mickey Huff joined Eleanor in a conversation with esteemed historian David Goldfield to discuss the rise in censorship around “uncomfortable” topics in history textbooks and what that portends for academic freedom and teaching history in general. Finally, Eleanor interviewed journalist Mirna Wabi-Sabi to address food waste as a colonialist and capitalist paradigm and highlight how global systems, not only individual habits, need to change in order to find solutions to the climate crisis. 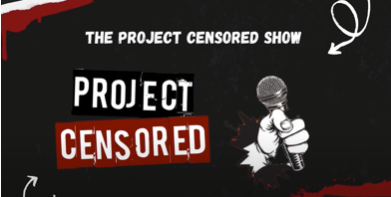 You can help Project Censored spread the word about news censorship and the importance of independent journalism by subscribing to the Project’s YouTube channel.

The 3rd annual Critical Media Literacy Conference of the Americas (CMLCA) will take place in Oakland, California, from October 21-23, 2022. Project Censored is a proud cosponsor of the conference and many of us will be participating in events across the program. Registration for the CMLCA is open through September 7th. True to the inclusive commitments of the event’s organizers, there is no charge to register. Find more about the CMLCA here. A full program of events, panels, and presenters will be available soon.